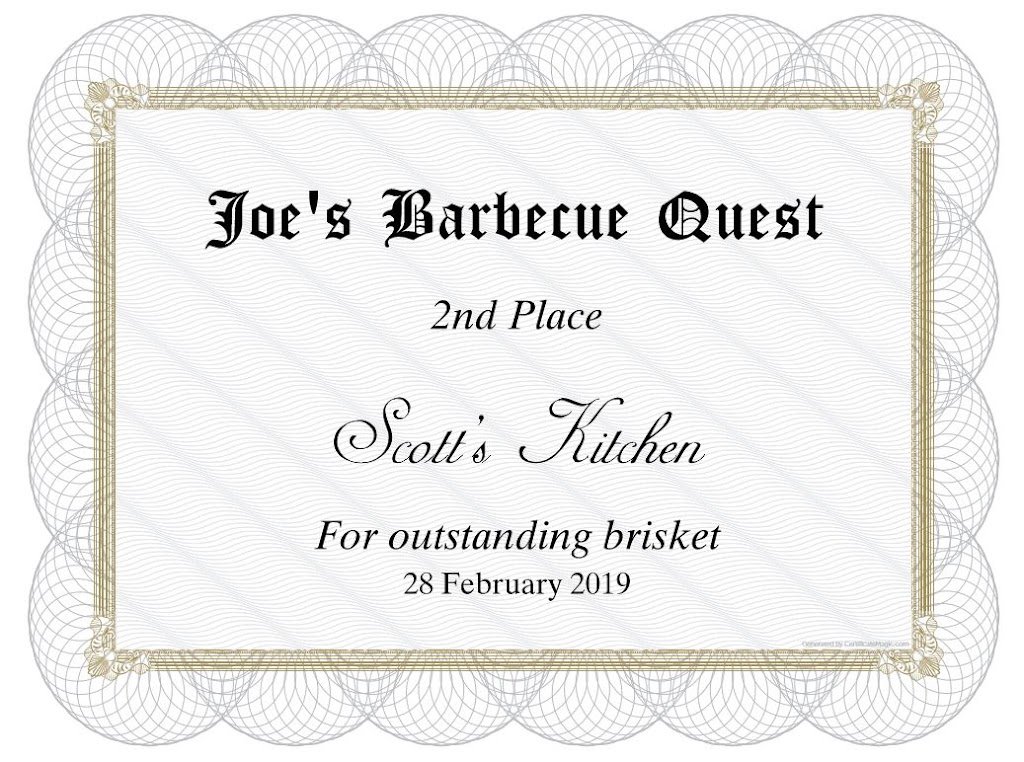 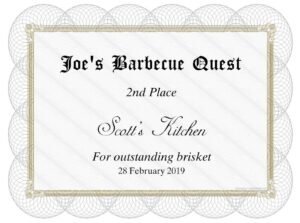 2nd place on my list of best barbecue places in town is Scott’s Kitchen in Kansas City, Missouri near KCI.  My initial visit was on Friday, September 8th, 2017.  You can read the blog post of my visit here.

If you’ve been following the blog awhile, you’ll recall that Scott’s Kitchen was not on my initial list of restaurants to visit because he had just opened around the time I started the quest.  Scott found out about the quest and reached out to me and invited me to visit.  I was completely blown away by the quality of this new barbecue place that used to be a rental car place near the airport.

Scott started out as one of those competition barbecue guys and was pretty successful and finally decided to start a restaurant and catering business.  He’s been very successful building his business, mostly by word of mouth.  We’ll set up an event here as well so everyone can go try his barbecue.  Stay tuned for the details!

Since my initial visit at Scott’s I had his brisket at or near the top of the list.  This was long before his recently publicity of being one of the best restaurants in the city according to votes on Yelp.  I feel somewhat vindicated now that I can finally announce this publicly!  I feel like I was one of the first people in the city to discover this great new barbecue place!

You can visit their website and view their menu below: