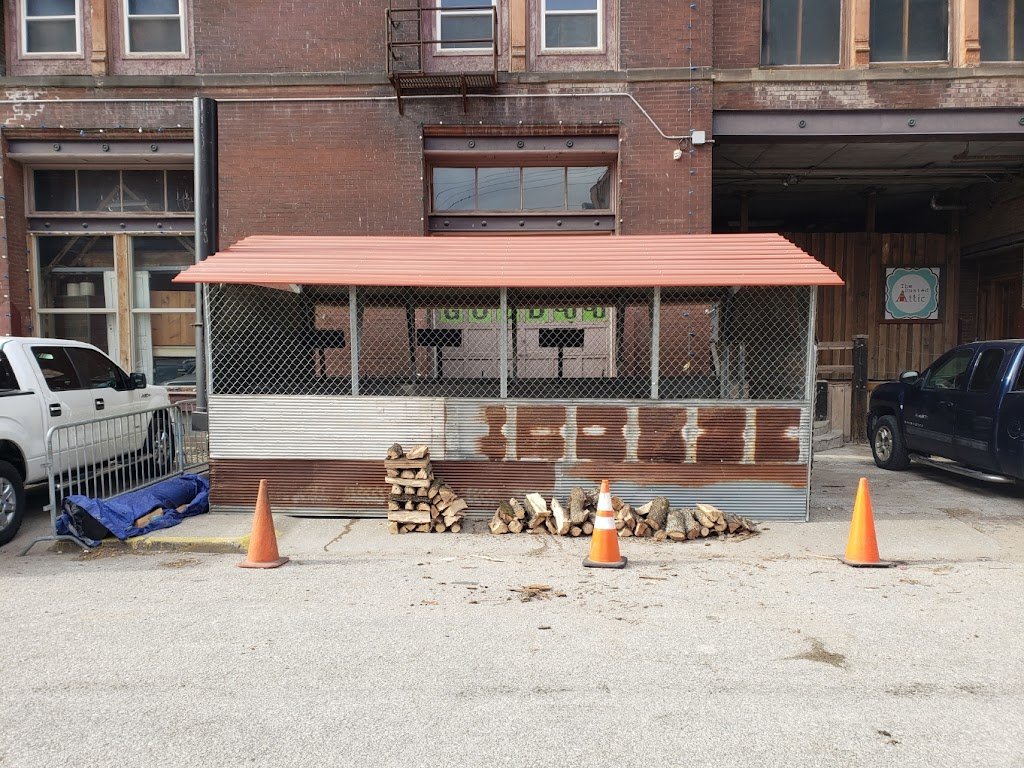 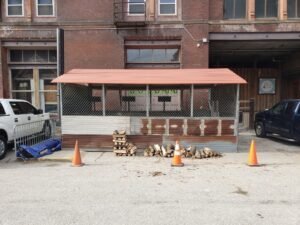 Today I visited Chef J BBQ, which is located in the west bottoms in Kansas City, Missouri.  This is a relatively new barbecue restaurant in town that is creating quite a buzz.  As far as I can tell, they started up in March, 2020 right as the pandemic was hitting and shutdowns were starting.  They offered carryout and delivery at that time and when they were allowed to let people inside they began dine-in service in the same building that houses “The Beast” haunted house.

I found this write-up on their website that describes a little bit about how they got started:

“Chef J bbq all started with a fire that has been burning inside since he was a young child. He was raised in an Italian family where store bought stuff was a no no. He learned early on that it’s just better when you make food the right way and make what you can, yourself.

Chef J has been in the restaurant business for 19 years. He started working for a family owned restaurant when he was 14 and always had dreams of opening his own restaurant. From there he continued to hone his craft, and love of BBQ, bringing only his best.

Chef J sticks to tradition and family recipes, he finds it just tastes better. He’s taken that same approach when creating his BBQ.  He uses only the highest quality of meats to smoke. All of his sauces & rubs are made fresh and in-house as well.

Chef J’s meats are always served fresh and cut to order to ensure the utmost quality. His side dishes are no different. They are treated with the same respect and love as our meats. All made in-house, fresh daily with quality as our driving point. His smoker burns nothing but wood, only sacrificing sleep in the process.  This isn’t the easiest way to do it but it’s definitely the right way.

Chef J is excited to bring his style of BBQ to Kansas City!”
I’ve followed Chef J BBQ on social media for a while ever since a reader of mine gave me a heads up that they are a “newbie” to the Kansas City barbecue scene.  I finally got around to visiting.  They open at 11:30 on Saturdays and their social media posts encourage people to get there at opening time, as this is one of those places that cooks a batch of meat and when they run out they close up shop.  Because of the warning and having been burned on this before, I got there shortly after they opened.

I parked about a block away and as I stepped out of the car could smell the smoker going and my mouth started watering right away.  In my experience this means “this is gonna be good!”  I was a bit surprised to see quite a few people wandering around the streets.  There are other businesses and restaurants on that block now that I don’t remember being there before.
I walked in the door and there was a line of about four or five people.  This is a place that you order at the counter and they serve and prep your food right there and give it to you at the counter.  They have a small serpentine that winds around the counter.  It’s kind of like a Chipolte or a Subway.  You order at the front and work your way around the counter to order your side dish(es), sauces, and then pay at the register.  This helps keep the line moving. 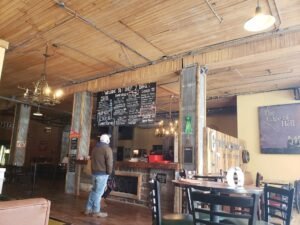 I ordered a brisket sandwich combo, which includes one side dish and a drink.  I ordered the chipotle coleslaw as my side dish.  Two things that I love about some barbecue restaurants are standards at this place.  One, he cuts the brisket slices off the brisket right in front of you as you order and two, they don’t put sauce on the sandwich.  It comes on the side.  I was immediately impressed.  However, I was a little surprised when they told me my total was $19.55.  Seemed a bit pricey to me, but I didn’t mind.

I grabbed my drink at the self-serve drink station and found a table.  There was a steady line of people the entire time I was there, but there was never a long line out the door.
The sandwich was served with thick-cut slices of brisket on a hamburger-style bun, which is my favorite way that a brisket sandwich is served.  The meat was very tender and flavorful and neatly trimmed of fat, but it was slightly dry.  It wasn’t dry enough that I needed to put sauce on it and I scarfed the entire thing down with no problem, so that’s a very minor critique.
The chipotle coleslaw was pretty good.  It had a nice kick to it that lingered long after swallowing.  Wish I had a bigger helping, but that’s just because I was hungry!
As I left I snapped a picture of the “smoke shack” outside.  They use hickory wood and you can see it stacked outside the shack if you look at the picture above.  The chain link around it caused one passerby to comment to me “that’s where they make the inmates cook the barbecue.”  We had a good laugh about that.
I encourage all of you to check this place out when you get a chance.  I’d put them in my top 20 for sure.  There are some other unique things on the menu that I’d like to try the next time I go.  They have a bacon and blue potato salad, brisket and pulled pork mac ‘n cheese, and some bacon burnt ends.  Dang, my mouth is watering again!
Till next time….