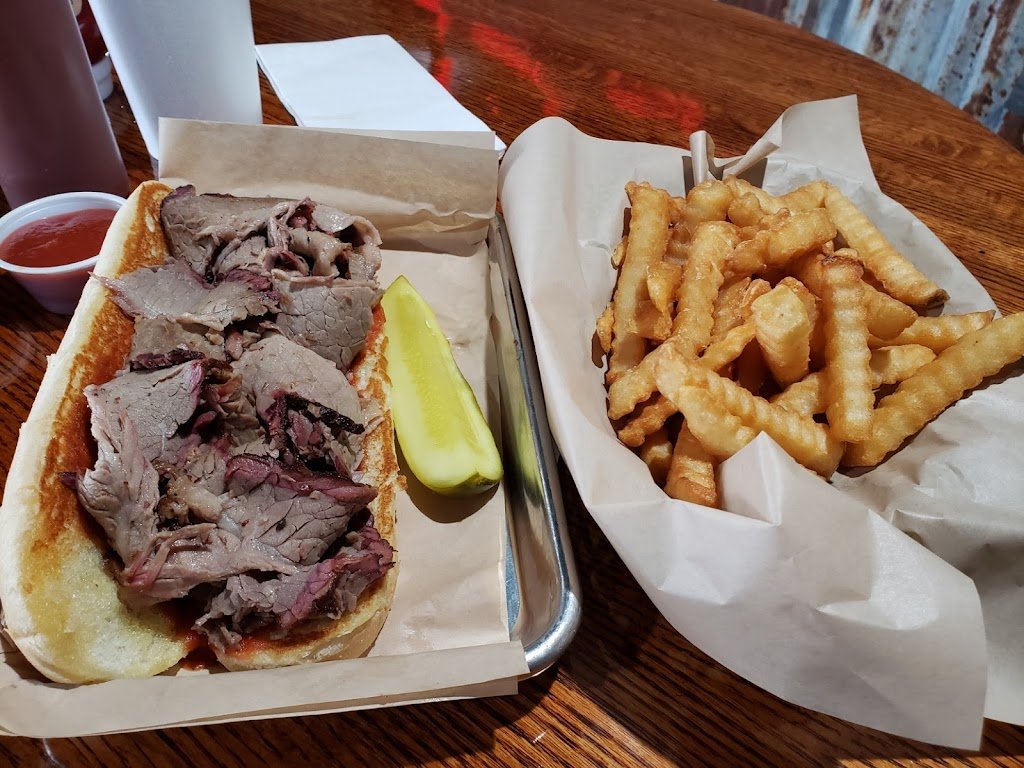 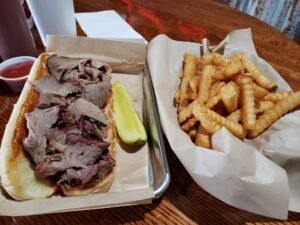 I visited Smoketown BBQ on Shawnee Mission Parkway in Overland Park yesterday.  Smoketown opened late last fall, so they are relatively new on the scene, but they boast many, many years of barbecue experience.  From their website:

Flavorful, delicious, finger-licking good barbecue is no stranger to the Kansas City area. Smoketown BBQ is family-owned and has over 40 years of experience in creating genuine and authentic barbecue, made with your taste buds in mind. There’s a new pit-master in town and we’re ready to showcase our talent and become your new favorite spot for barbecue.

I found an article from the Shawnee Mission Post about the opening of this restaurant and owner Shannon Hammer was quoted ‘“We were at a family-owned restaurant and the owner of that restaurant decided he wanted to retire and he was finished — but we were not, so, we went our own way,” Hammer said.‘”  That makes me think this was started by some former employees of the Johnny’s in Mission that closed down, but I haven’t been able to confirm this.

I arrived around 11:30 on Friday afternoon.  There were a few people sitting in the dining room eating and there was nobody in line.  I would guess the dining room seats about 30 people and they have a couple of very nice HD televisions with the sports channels on.  I was greeted instantly by the person behind the counter, who was very nice.  I ordered my standard brisket sandwich and fries and got water to drink.  The total was around 13 dollars.  This is a place where you order at the counter then you find a table and they bring your order out when it’s ready.  Once I sat down it was only a couple of minutes before my order was delivered to me.

The brisket was thinly cut and served on a hoagie bun with a bit of their standard barbecue sauce on it.  The fries were crinkle-cut and served in a separate basket.  The brisket was tender but didn’t have much flavor to it and it was fatty and a bit chewy.  It tasted like it had been sitting soaking in water.

They have four different barbecue sauces as options and I tried all four with my fries.  The original sauce is a lot like ketchup, but with a little bit of a kick to it.  They have a vinegar-based sauce that they call “50/50” that has quite a kick to it and I really liked it.  They also have a hot sauce that I found to not be as spicy as the vinegar sauce.  Finally, they have a sweet sauce that I liked and was probably my favorite of the four.  It had an “after-kick” to it that I noticed as it was going down.  I’m normally not a fan of sweet sauces, but I really liked theirs. 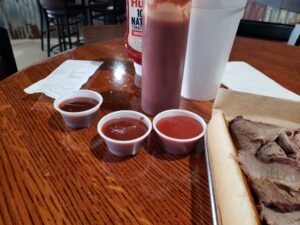 They have quite a diverse menu, with burnt ends, chicken, ribs, hot dogs, smoked wings, a tenderloin sandwich, and chili all on the menu.  Lots of options to choose from.  I’m gonna have to go back and try something else on the menu.  I wasn’t a fan of the brisket, but I’m willing to give them another shot.

Let me know if you happen across any new barbecue places in town.  I’d like to try all the new places that open up.

I also wanted to say thank you to all my readers.  I passed one hundred and fifteen thousand views on the blog this week.  I never thought I’d have that many readers when I first started doing this!  It’s been quite a journey!