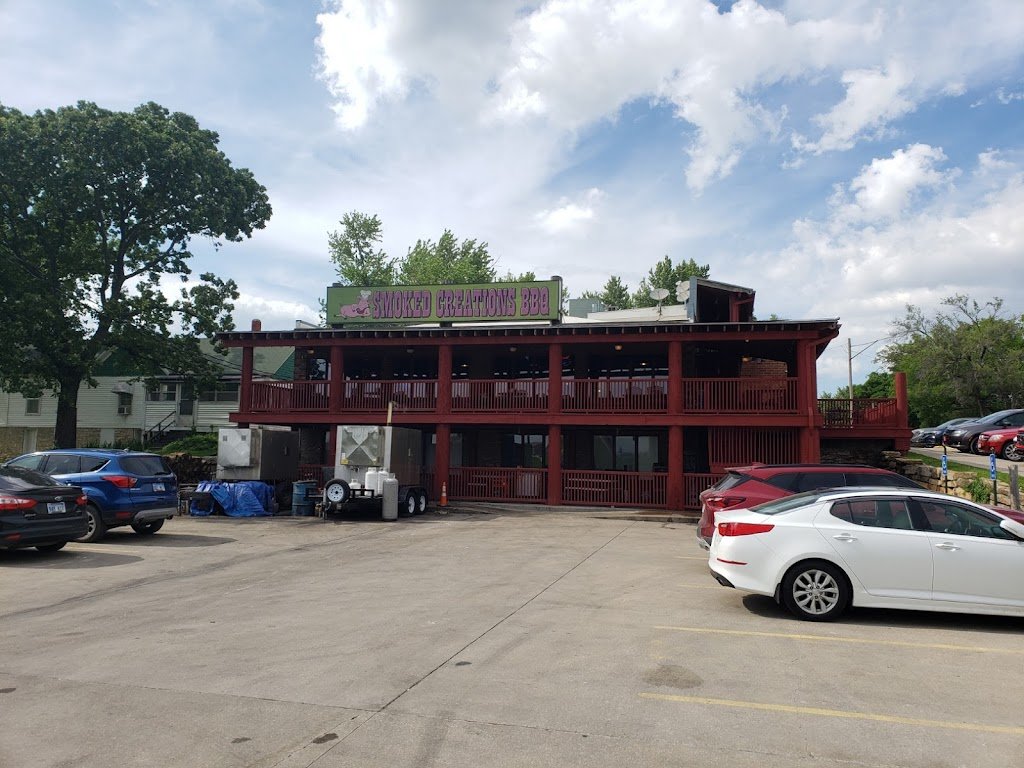 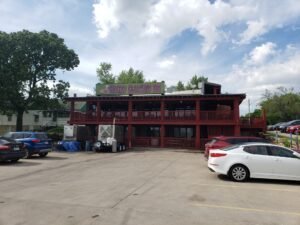 Tonight I visited Smoked Creations BBQ in Ottawa, Kansas.  I have some friends that live in Ottawa that have been wanting me to try it for a long time and we all had a free Saturday evening so I made the trek south to join them for dinner.

According to their website, Smoked Creations has been around since 2010.  It’s only a few blocks from the highway (I-35) and near downtown Ottawa, so it’s really easy to get to if you happen to be driving through.

As I parked my car and got out I could smell the barbecue smoke from the two smokers in the back of the restaurant.  I pulled out my camera and took the above picture.  Both smokers were going and this place was already very busy at 5:00 on a Saturday.

My friends arrived before me and already had a table for us.  Our waitress was very nice and efficient, stopping by the table often to see how we were doing.  My friends ordered a full slab of ribs to split.  Since they were raving about the ribs from previous visits, I knew I wanted to try them.  I ordered a brisket sandwich and a half slab of ribs.  Our order came out within five minutes, so the service was very fast even though the restaurant was pretty busy at the time.

The ribs were served with barbecue sauce on them.  I’m sure you could order them dry if you wanted to, but I didn’t ask.  They were excellent.  Very tender and flavorful and served on a bed of bread slices.  They’re messy with the sauce, but who cares, right?

My brisket sandwich was served on a regular-sized bun.  You can choose a slider bun, a regular bun, or a large bun.  Their meat choices are brisket, pulled pork, turkey, pulled chicken, sausage, or ham.  They said the brisket was served as “slices,” but it reminded me more of chopped or shredded brisket.  It was very tender and served with barbecue sauce on it.  I wouldn’t say it was my favorite brisket sandwich, but it was pretty good as far as brisket sandwiches go.

My bill for a sandwich, half a slab of ribs, and a beer was around 26 dollars.  The sandwich was seven dollars, so that’s a really good price if you just want to stop in for a sandwich.  If you’re in the area, it’s definitely worth the trip to stop in and try the ribs.  They know how to cook them right!

It was good to get out tonight and try a new barbecue place, even though it’s a little off the beaten path for me.  It took me about 30 minutes to get there from Olathe, but  it was well worth it.  I recommend you stop in and try it if you’re in the Ottawa area!